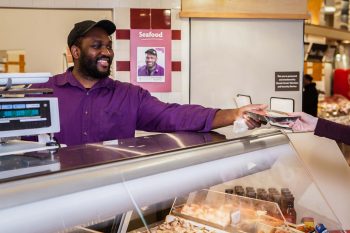 ‘We Are Resilient’: Industry Confident Supply Challenges Can Be Met Amid COVID-19 Crisis

Despite heavy strains to operations and frenzied buying blowing holes in the shelves of the nation’s supermarkets in recent days, grocery industry leaders expressed confidence that their supply chains will catch up to demand as consumers adjust to the reality of food shopping in the coronavirus era.

Trade group executives from FMI and the National Grocers Association said they were encouraged by federal response to help ensure the viability of the supply chain, including the declaration of a state of emergency announced late last week and a call on March 15 with top federal officials. Joining President Donald Trump, Vice President Mike Pence, Secretary of the Treasury Steve Mnuchin, Secretary of Agriculture Sonny Perdue and other White House officials on the administration’s plans to address the COVID-19 outbreak were FMI President and CEO Leslie Sarasin, NGA President and CEO Greg Ferrara and additional CEOs of Walmart, Whole Foods, Wegmans, Costco, Publix, Aldi and Dollar General. Other food industry executives on the call included leaders from Campbell Soup Co. and Kraft Heinz.

Trump and Pence subsequently hosted a press conference the afternoon of March 15 from the White House briefing room, where they praised the nation’s grocery industry for keeping their stores open and stocked as best they can while asking Americans to only purchase what they need for an average weekly shop to ensure availability for others.

It’s essential to be audit ready. Hence the phrase: “Being audit ready all the time.” In fact, good food safety and quality practices should be adhered to and practiced on a consistent basis. Not just ...
#Uncategorized 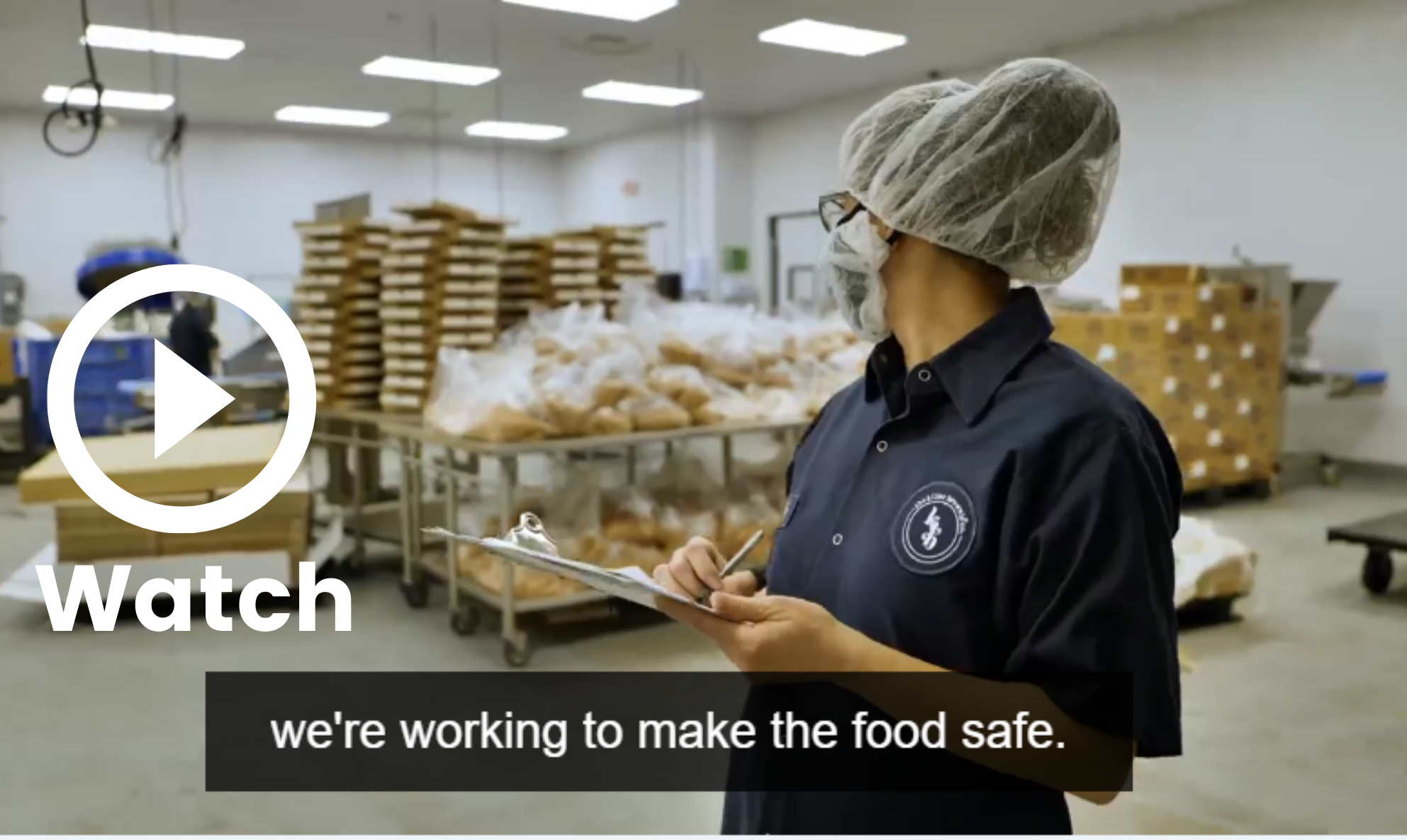 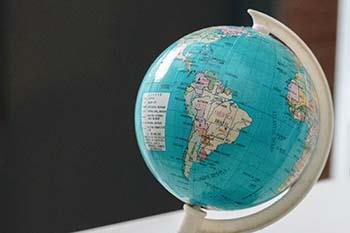 2018: Reflecting on a year of Shaping the Future of Food Safety Together

Today, consumers’ tastes change very rapidly. They require more diverse products and seek to obtain their food through a variety of vehicles. These days, protecting the supply chain has never been more... 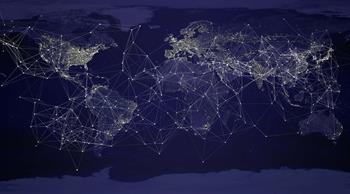 How Is the Grocery Supply Chain Responding to Coronavirus?

How Is the Grocery Supply Chain Responding to Coronavirus? By Doug Baker, Vice President, Industry Relations, FMI We live in a global economy, which is evident every day in the aisles of a grocery stor...
#FMI 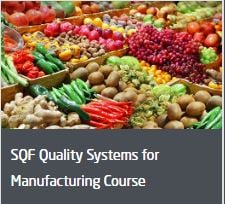 SQFI has created a Quality Program for those sites who desire to go above and beyond food safety. The Quality Program is designed to monitor and control food quality related threats. This program is mo...
#Food Safety

Another Successful and Valuable SQF International Conference in the books!

The 2017 SQF International Conference opened with a bang! With a record attendance of 862, the next few days were an engaging experience that sharpened skills and gave the attendees tools and resources...
#Culture #Conference

Demonstrating a Commitment to Food Safety through Innovation

By Ashley Eisenbeiser, MS, CFS, Senior Director, Food and Product Safety Programs, FMI A strong food safety culture is not dependent on one element. An individual, an event or a policy and procedures a...
#INNOVATION

Leslie Sarasin President and CEO FMI When I assumed the leadership of FMI more than a decade ago, there were several key positions and staff vacancies I needed to fill. One particular opening, the lead...
#SQFI NEWS

Forced Labor and the Impact on Supply Chain: What Retailers and Manufacturers Need to Know

Seize this unique opportunity to help shape the SQF Code, Edition 9 at the 2019 SQF Conference! Participate in a 2-part interactive forum to get program updates, hear results of the 2019 stakeholder su... 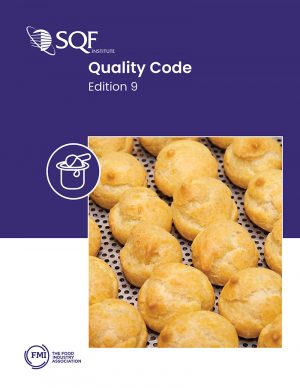 By Tammie Van Buren, SQFI Compliance Manager In October 2020, SQFI released Edition 9 of the SQF Food Safety and Quality Codes. Several significant changes were included in the new edition, including a...
#Uncategorized 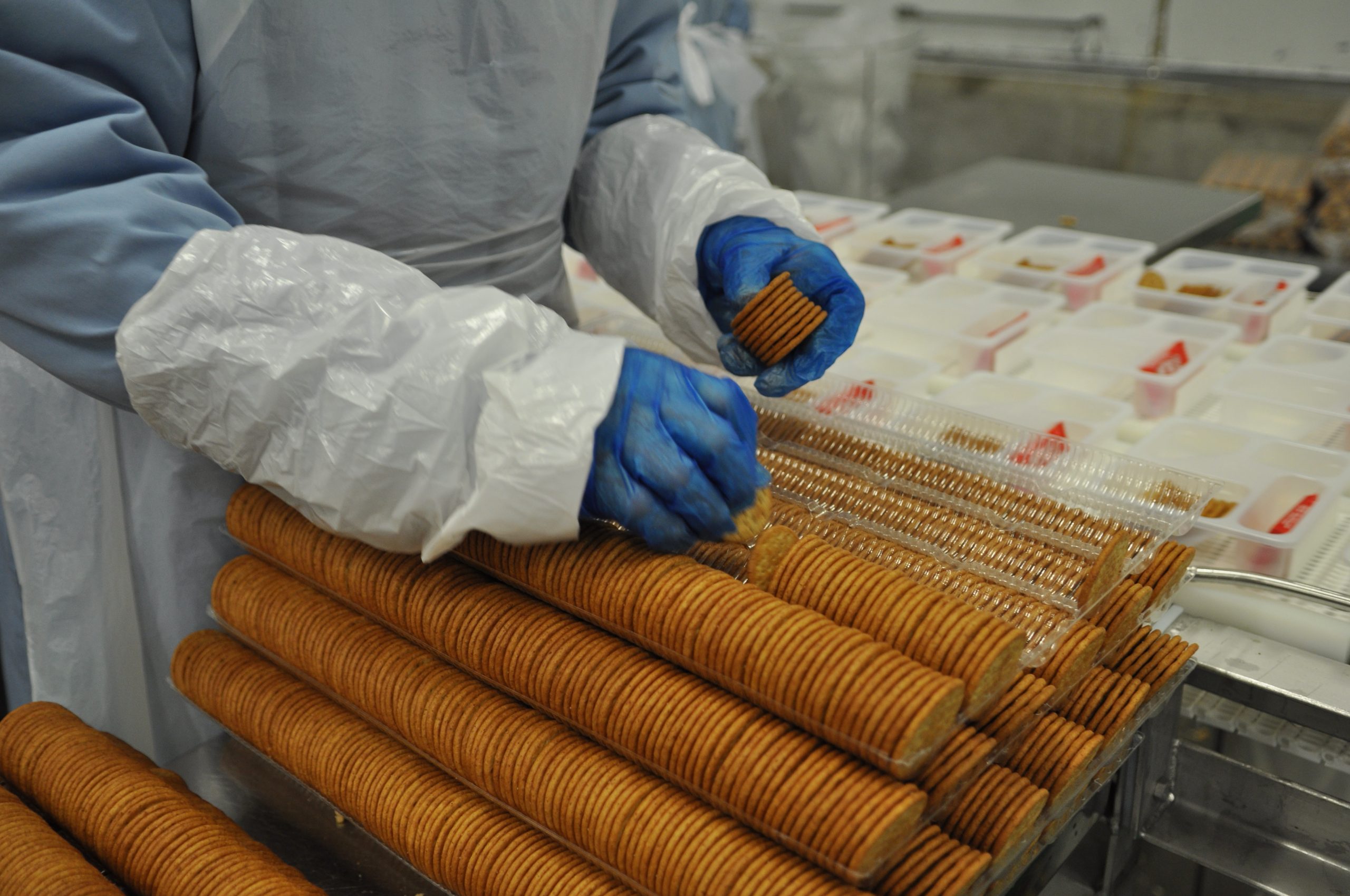 SQFI Extends Certification Due to Coronavirus

We understand that with COVID-19 impacting many business operations, the ability to conduct audits has been heavily influenced by the need to prevent further spread of the novel coronavirus. Therefore,...
#Audits #Featured

Be A Leader…Not A Follower! Present at the 2017 SQF International Conference

The Food Marketing Institute (FMI) is a dynamic national trade association, representing the supermarket industry on the cutting-edge of food and consumer trends.  We are looking for a Vice President, ...

Consuming safe food is a basic human right we all have and being in the food safety industry gives us all the opportunity to contribute to the strengthening of food safety requirements. According to th...

How Does Your Food Safety Culture Stack Up? Know What your SQF Auditor is Looking For

If you are a food retail business leader, food safety professional or food producer, now more than ever, you understand the effects on production and retail by COVID-19.
#Featured 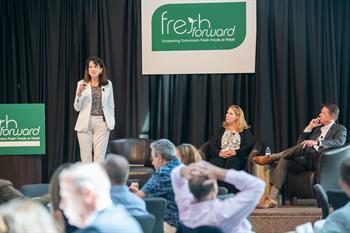 We’re Mad about Management Commitment and Culture this March

Culture can be defined as the “personality of an organization” and measuring a personality is not an easy task.  Obtaining management commitment and establishing a positive food safety culture within a...
#Code Element #Culture 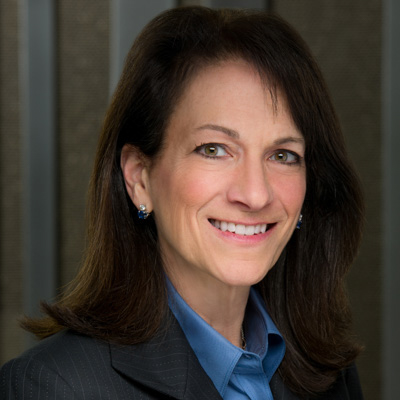 Third-Party Audits Will Take on Greater Importance in 2021 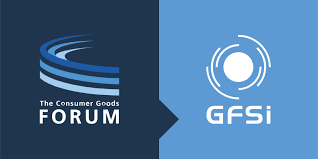 GFSI is delivering on their commitment to explore options in non-standard auditing as a result of COVID-19. Released as part of their initial position on March 16th, GFSI and the their Stakeholder Advi...
#Uncategorized

During these extraordinary times, SQFI has strived to meet the needs of our clients by granting over 600 certificate extensions to date. As our industry continues to be affected by the COVID-19 pandemi...
#Uncategorized

There are several key reasons why documentation is essential. Well-written programs help to ensure continuity of best practices, which in turn, lead to a safe and consistent product. In addition, accur...
#Code Element #Culture

Continuing the Commitment to Food Safety and Quality

Our commitment to food safety and quality assurance governs every decision we make.  Though food safety has always been priority, increasing regulation has made food safety a legal issue and the respon...
#Uncategorized

The SQF Program Isn’t Just for North and South America

In today’s world people are migrating rapidly, requiring more diverse products in their diet, and obtaining their food through a variety of different vehicles.  Protecting the supply chain has never be... 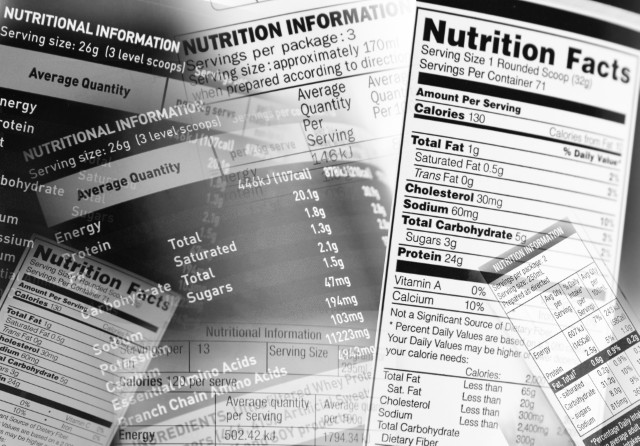 Why Continual Improvement is More than Corrective Action

Getting SQF-certified is, of course, an accomplishment. Sustaining the high commitment to quality and food safety is crucial, not only to pass regular audits but to continue to improve the efficacy of ...
#Audits #Food Safety

In the latest report of the Food Marketing Institute’s (FMI) U.S. Grocery Shopper Trends 2017, when asked the question: Where do shoppers believe food safety problems are most likely to occur along the... 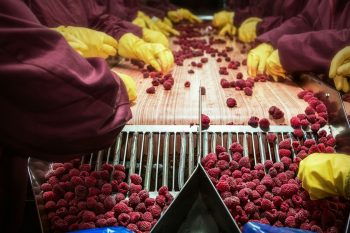 Maintaining Your SQF Registration During COVID-19

Dear SQF Stakeholder, During these extraordinary times, SQFI has strived to meet the needs of our clients granting over 600 certificate extensions to date. I’d like to reiterate that those extensions a...
#audit #Featured 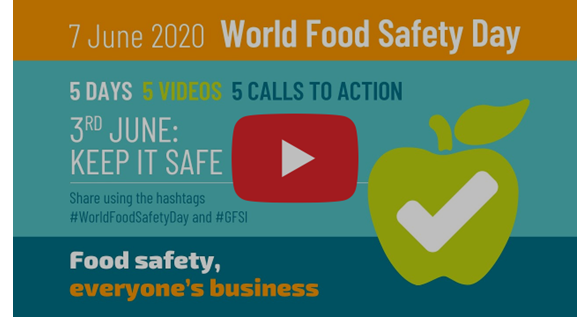 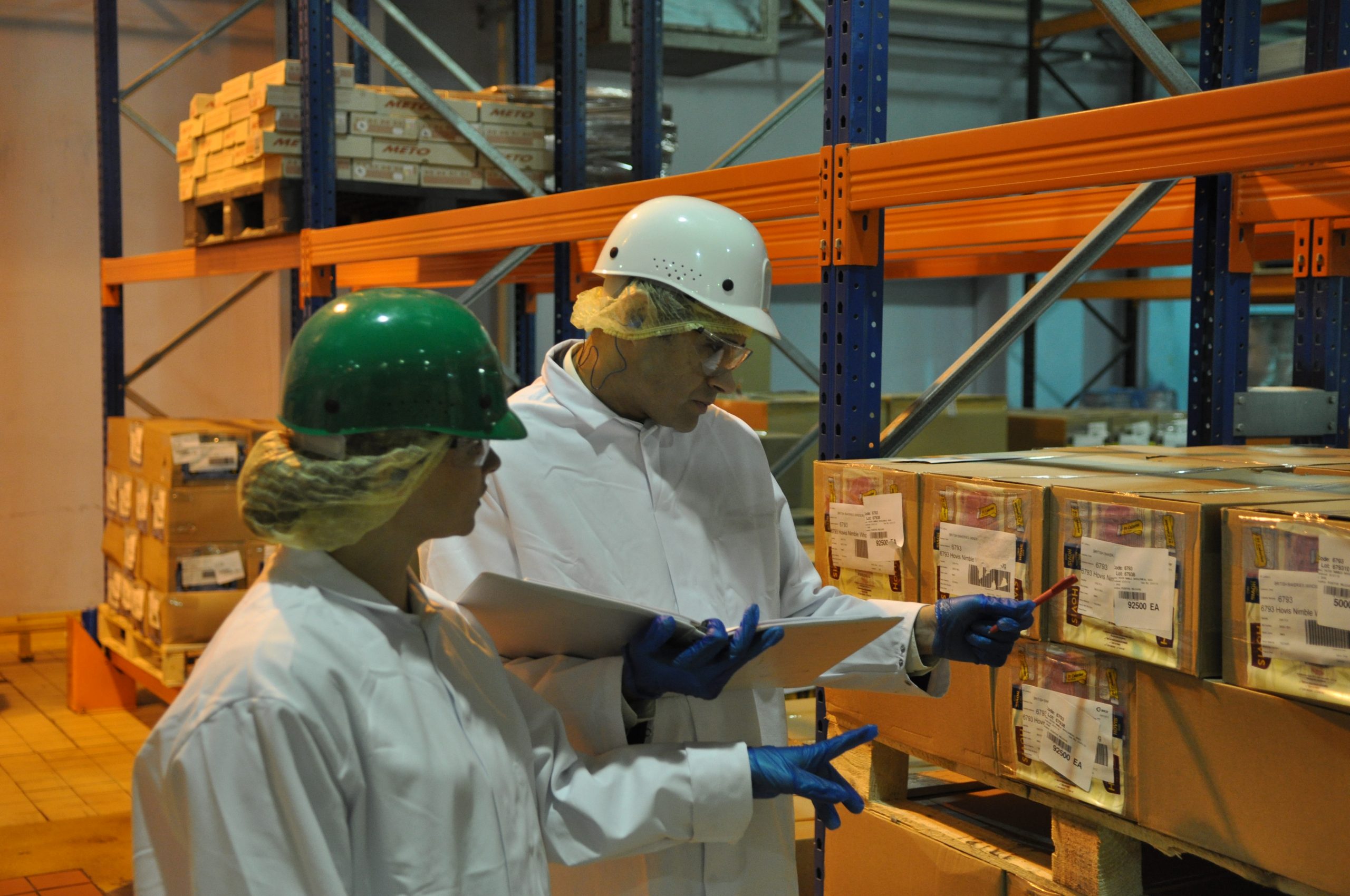 Brag Alert!  I was so thrilled to see two SQF Certified organizations showcased in this wonderful partnership story. The Akron-Canton Regional Foodbank has partnered with Dairy Farmers of America (DFA)...
#MANUFACTURING

Food safety has always been a passion and concern of the professionals whose jobs center on the protection of the food manufactured or grown for consumer consumption. As we reflect on our experiences f...
#Culture 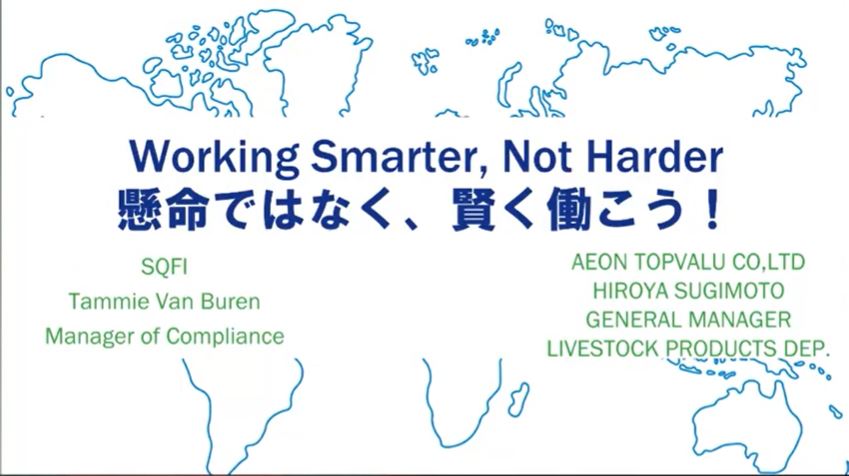 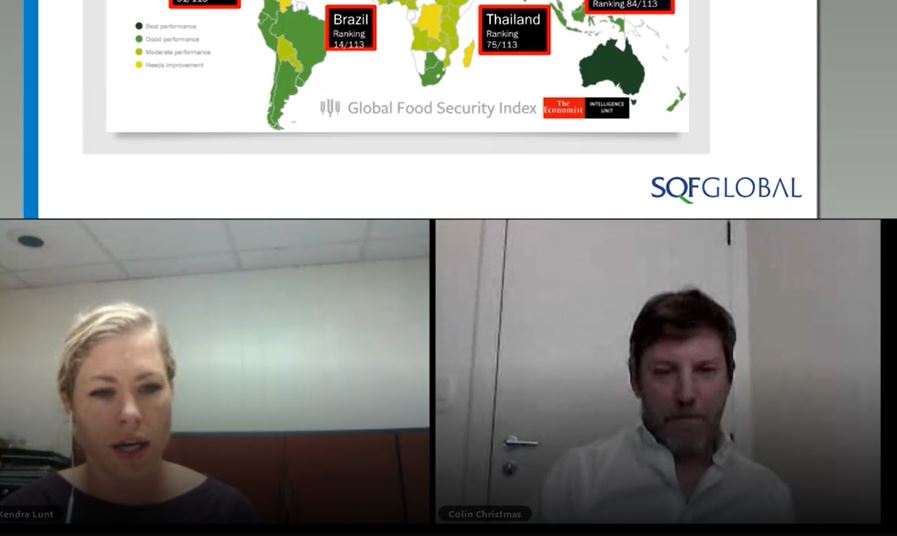 Your Supplier, Your Risk 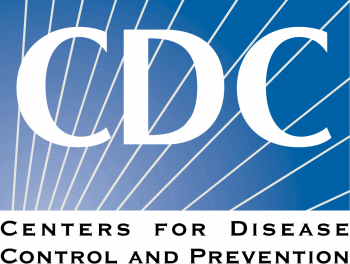 US Center for Disease Control and Prevention Coronavirus Disease 2019 (COVID-19) To ensure continuity of operations of essential functions, CDC advises that critical infrastructure workers may be permi...
#Featured

A Look Inside the Food Safety Crystal Ball for 2022

What's on your company's list of business resolutions for 2022? A strong food safety and the quality program should be a perennial part of such lists, but this is a good time to amend your resolutions ...
#Food Safety 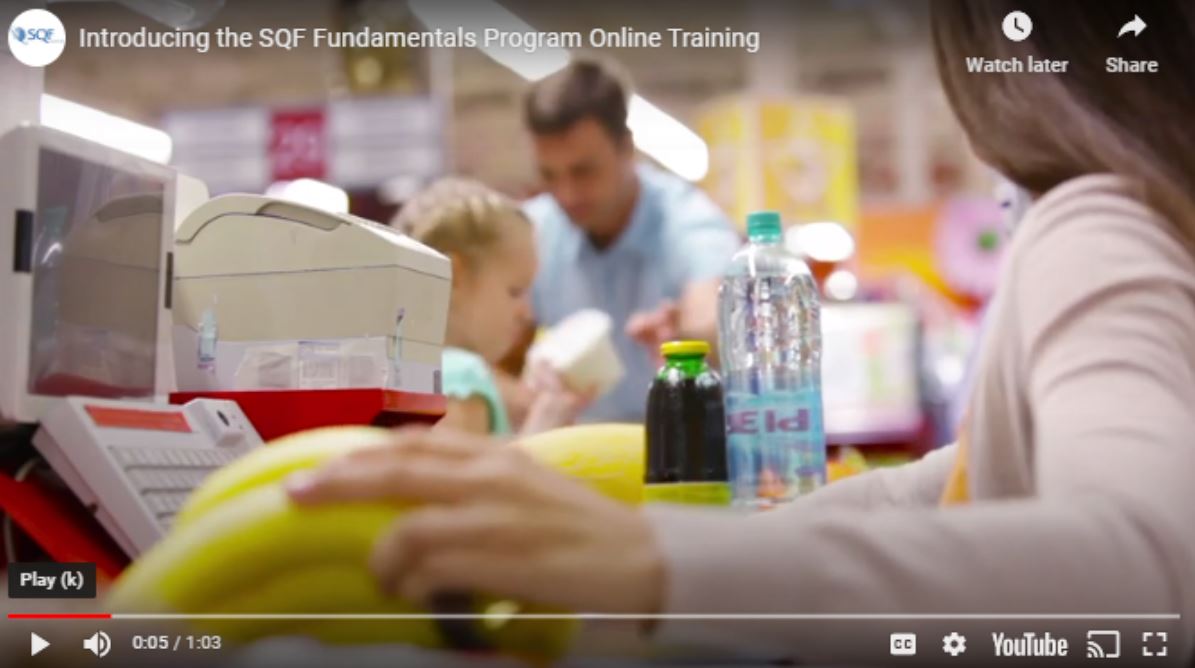 How to Impress a Buyer with your Food Safety Plan 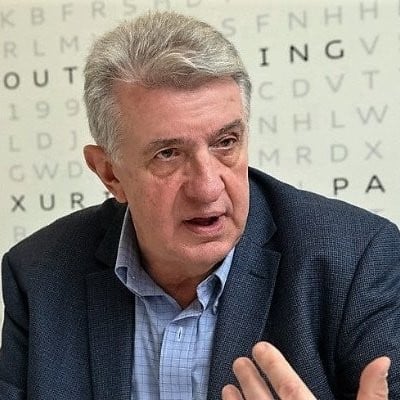 Private: Improving the Allocation and Consistency of COVID-19 Vaccines to Frontline Food Auditors

In order to keep the food supply chain running and Americans nourished during the ongoing COVID-19 health crisis, the federal government designated the food and agriculture sector as part of the nation...
#MARKETING 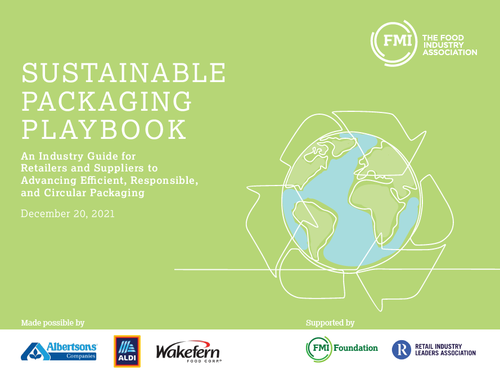 The Sustainability of Packaging has long been a consideration, beginning with ensuring the product is effectively delivered to the customer in an efficient design. However, there are additional sustain...
#FMI #MANUFACTURING #SQFI #Sustainability

Your Next Steps to SQF Quality Certification

When customers demand high quality, your site should be able to demonstrate just how you’re providing it. Achieving SQF Quality Certification enables you to show your customers your commitment to maint...
#FMI #MANUFACTURING #SQFI #Sustainability

Why SQF is Crucial in Today’s Supply Chain

Every day brings news and a different angle on supply chain challenges in delivery goods to consumers. Protecting and optimizing the supply chain has become a top priority. Those throughout the chain c... 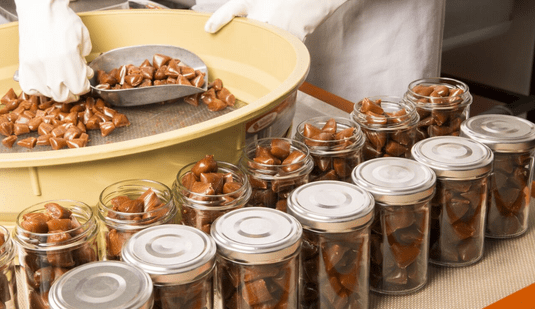 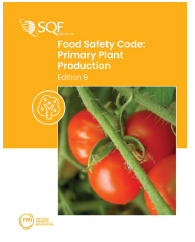 SQF Support of Responsible Use of Pesticides

Be Ready for a Food Safety Crisis Before It's Too Late

A recall and withdrawal program is a measure that no site hopes they must use. However, every site will be thankful to have one if they find themselves in a situation where it needs to be utilized.
#Food Safety